Student Recruiting, #DeleteFacebook, and You 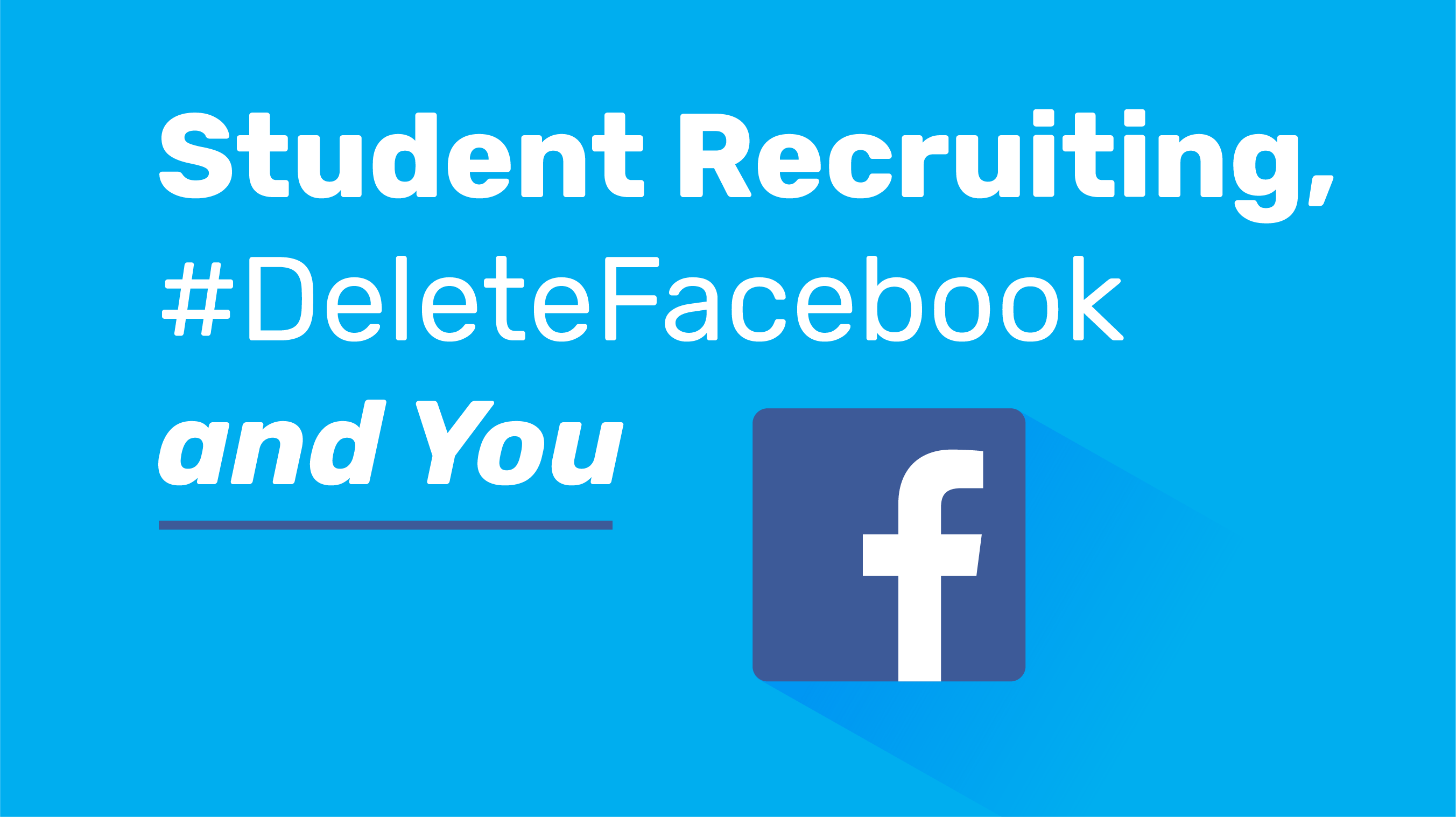 It’s been a crazy few months of press coverage for Facebook, a giant in the world of digital marketing platforms. The company’s data crisis involving Cambridge Analytica has embroiled them in government scrutiny, heightened international political tensions, and angered individual users and advertisers alike.

Reactions like the #DeleteFacebook campaign may have you wondering: is Facebook advertising still an avenue for international student marketing?

Read on for our usual dose of valuable perspective.

Facebook is not going anywhere. At least for now.

Despite the unhappy hashtags and negative press coverage, there doesn’t appear to be a significant withdrawal of users from Facebook thus far—in the U.S., or in the international community. More info will be available when Facebook releases its next quarterly report, but right now all signs point to fairly stable usership. In his April 11th testimony to the U.S. Congress, Mark Zuckerberg confirmed that Facebook has not seen a decrease in user interaction since the Cambridge Analytica issue was reported - despite 87M users feeling a bit, well, used.

Facebook has been around a long time, and users around the world are used to the platform being part of their online life. Regardless of whether you are personally miffed with Facebook’s data practices, advertisers must meet their customers where they are. For right now, at least, much of the world is found on Facebook. There really is no other platform with its kind of reach or its professional online advertising platform -- Facebook Business Manager.

Bottom line: Facebook is part of people’s everyday lives…and that kind of ingrained user habit is hard to break.

How about the changes that Facebook is making in the aftermath of the scandal—will those policies have a major impact on higher ed ad campaigns? Again, we don’t believe so.

We have been running successful Facebook campaigns for our clients throughout this mess with positive results -- driving leads to complete inquiry forms in app or on designated landing pages.

Facebook is pledging data privacy improvements and has decided to end its Partner Categories program, a move that has alarmed some advertisers. Partner Categories, launched in 2012, allowed third-party data brokers to import data about consumer’s offline attributes and behaviors—for instance, retail transactions and income data—and use that data to target advertisers’ Facebook campaigns.

With the removal of this feature, marketers must rely solely on their own data and Facebook’s remaining targeting tools (including Custom Audiences, pixel-based retargeting, and lookalike audiences). For most universities, these tools are more than sufficient for effective campaigns—so while this change may have an impact on other types of advertisers, we do not see this change having a big impact on the higher ed space.

One long-term possibility we are keeping our eye on: In Mark Zuckerberg’s April testimony to Congress, he made an intriguing comment: “There will always be a version of Facebook that is free.”

We don’t see Facebook’s business model (which relies on advertisers) changing any time in the immediate future. But if Facebook ever begins to offer a paid, ad-free model (and that model picks up steam)…that would certainly be an interesting development in the marketing world. Should that ever happen, you know we’ll be here to help you think through the implications for your marketing plans.

So, our analyses in a nutshell:

2. Other changes make it too difficult to effectively target customers

What do you think?

Do you agree that Facebook marketing is here to stay—at least for the foreseeable future? Chime in below.