Find Your Niche Market:Recruiting Outside of the Top 10 Cities 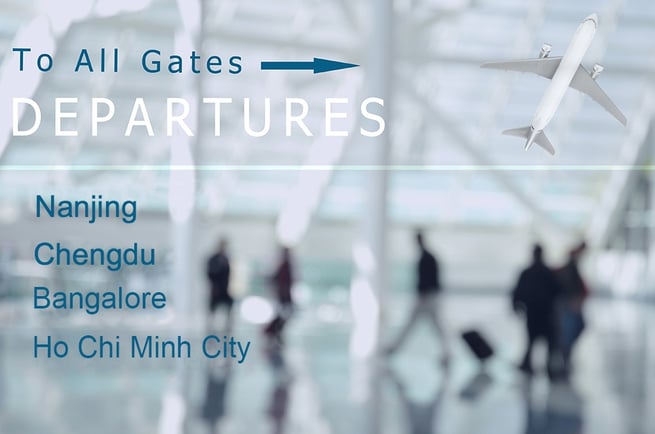 Of all the cities across the globe, more than half of international students studying in the U.S. between 2008 and 2012 on F-1 visas were from 94 different cities. This is a staggering fact. Think about it.

As we studied the SEVIS data, it certainly got us thinking: why do we only ever hear about the top 10 cities in recruiting? Aren’t there student fairs worth going to in other cities?

There are plenty of great cities out there where talented and eager international students are looking for options. And the opportunities to recruit from these second tier cities are clear for lesser known institutions. In this blog, we look at why and how to take advantage of these opportunities.

The only way to achieve these goals is to build local relationships (this takes longer than you think) and look at second and third tier cities as a way to capture markets that are strong but less accessible (meaning less competition).

Meet Us in Denver: We will be at the NAFSA 2016 Annual Conference in May presenting new data about the impacts of current economic and political events around the world on students’ plans to study abroad. Schedule a time to chat with us at NAFSA in Denver. We’d love to learn about your recruiting plans and share our latest research with you in person.

Now, our intrepid blogger, Emily will take us along a few roads less traveled

In August 2014, Brookings and JPMorgan Chase published research that included a list of the global hometowns of America’s foreign students. This list then ranked these cities according to the number of students with F-1 visa students they sent to study in the U.S. between 2008 and 2012. The top two cities accounted for around 10% of the United States’ F-1 visa students. That is 106,449 students from just two cities

These cities send a seriously large number of students: Seoul, Beijing, Hyderabad, Riyadh and Shanghai, are powerhouses for recruiting. Individually, each city listed in the top 10 brought 10,000 or more international students to the U.S. But, with large numbers come large issues and big competitors. You already know this: these cities send plenty of students, but trying to stand out there isn’t easy.

University fairs in top tier cities draw top tier universities. As you set up your table across from a top 50 US university, you can feel your heart sink. You know the parents and students will be enamored of that brand name and logo. They will spend their precious time talking to representatives from an institution that will never accept them. Leaving you to straighten the brochures on your table for the trickle of students stopping by. How will you explain the value of this trip to your provost back home?

As an alternative, consider traveling to places where the western accommodations and amenities are not so common. The extra flight or train trip makes the travel a bit more arduous. And the recruiting results are likely to be FAR more rewarding. Rewarding, in part, because fewer of your colleagues and competitors are making this kind of effort. Why should they if they can get all that attention in Beijing and Seoul?

Let’s take a look at some historical SEVIS figures. This chart shows the top 20 hometowns of F-1 international students studying in the U.S. between 2008 and 2012. 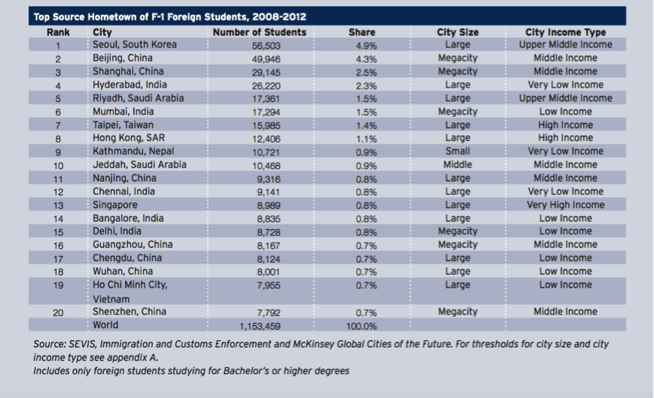 You can see that the top 3 sending cities have 30,000+ students heading to the U.S. However, look at the differences in number of students sent from the cities ranked 11 through 20…not that significant a difference there. Jeddah, Saudi Arabia, the 10th ranked city on this list, sent almost 10,500 students, while the 11th ranked city, Nanjing, China, sent a comparable 9,500 students. These are opportunities. Bypass the tier I cities and catch that extra flight.

The cities ranked 11-20 are mostly considered large cities, just like the top 10. These cities are mainly low income but several are considered middle to high-income areas. And despite this economic classification, if the university fair is set up and marketing right, the crowd you want will be there. If you are just learning about different fair providers, download our Intead Index for a list of international fair providers.

We also would like to share a helpful map of India that Duleep Deosthale, co-founder and vice president of Admission Table shared during our presentation at the NAFSA 2015 conference in Boston. Which of these tier I, II and III cities in India are on your recruiting destination list? 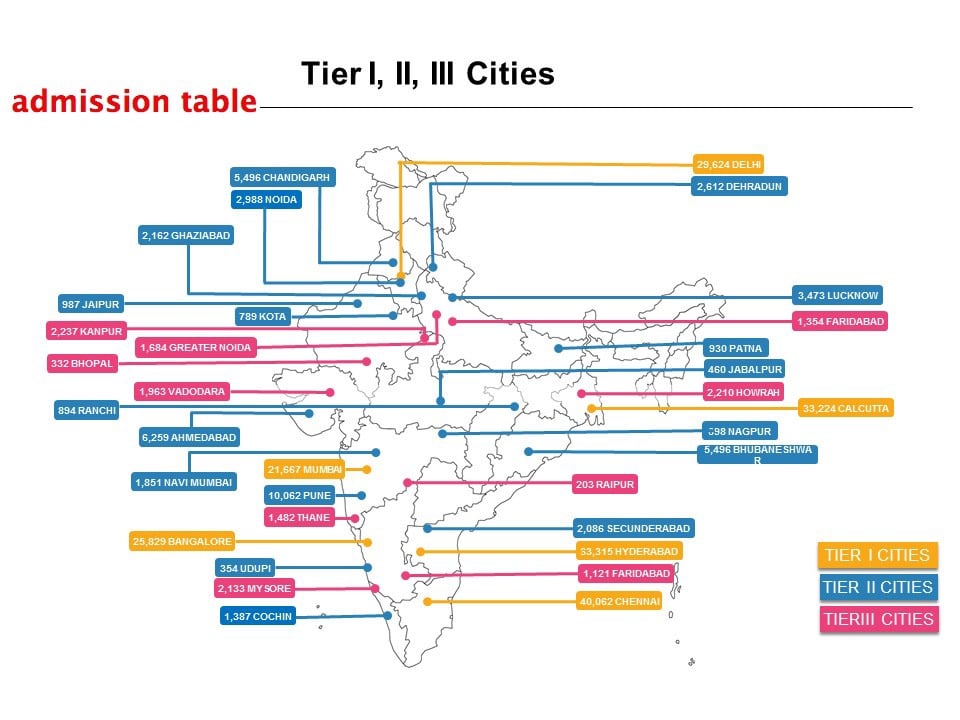 There is always a tendency to want to stay on the beaten path. But, there are real benefits to straying. Creating a niche is more effective than pitting yourself against the biggest names in higher education.

Getting involved in recruiting in these tier II and III locations will build relationships that will create a solid future for your school’s recruitment. Likely, you will be surprised by the level of interest and the smiles you receive from parents and students in areas that typically find fewer visits from Western institutions.

Looking past the most common recruiting cities is a solid strategy for future planning, especially if you are a lesser-known university and need to find a way to compete against well-branded institutions. You’ll be making a name for yourself and building powerful international student recruiting channels.

Do you have any stories about getting off the beaten path and finding great opportunities? Tell us about them. We’d love to hear from you.