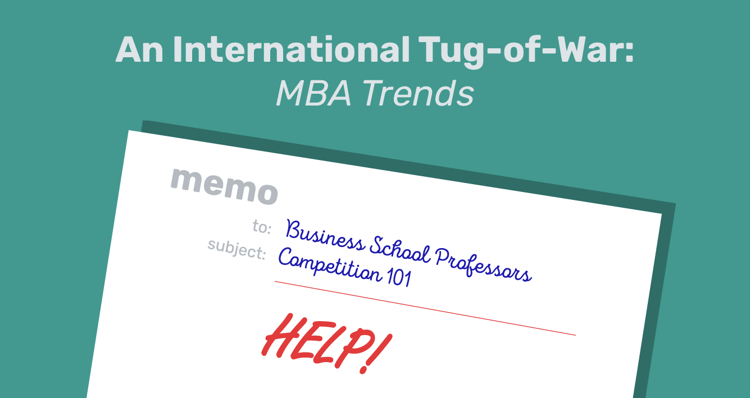 Have you been in touch with your business school professors for a crash course on competition? Yes, we know they can be a bit, well, opinionated and sometimes pompous (we’ve spent our share of hours in MBA classrooms). But they actually have some tips that are going to be increasingly valuable. And they are incentivized! They want to see their classrooms full, just as you do.

Today, we are diving in to see overall trends in MBA applications, as well as which countries saw growth or decline, where students are coming from, and why they are or aren’t choosing certain countries in which to study.

And speaking of international enrollment trends, have you downloaded our latest special edition e-Book? Together with FPP EDU Media, we surveyed prospective students from 16 countries in Africa and Latin America to provide you with insights into these emerging markets. Download your copy today to get the 411 on students’ program interests, digital behavior and more.

Read on for the latest in MBA application trends…

“Graduate business schools, just like any other organization, are subject to the forces of the world around them. Economic fluctuations, trade wars, advances in technology, and yes, political factors all have an impact,” said GMAC CEO Sangeet Chowfla in this year’s report. The charts and data shared below are all from GMAC research.

Large shifts in student mobility led to an overall 6.9% dip in MBA applications.

But just because numbers are down this year, it doesn’t mean most schools didn’t fill their classes with qualified talent. The median number of applications per seat was 2.5 this year, relatively the same as last year. And, almost all programs reported their applicants were equally or more qualified than last year.

Domestic applications were down 3.6%, while those from abroad declined by 13.7%, with a combined loss of 9.1% of applications.

Class size was reduced in 65% of programs, though most reported the quality of applicants was equal to or exceeded last year’s.

Why Students Were Less Inclined to Choose a US MBA 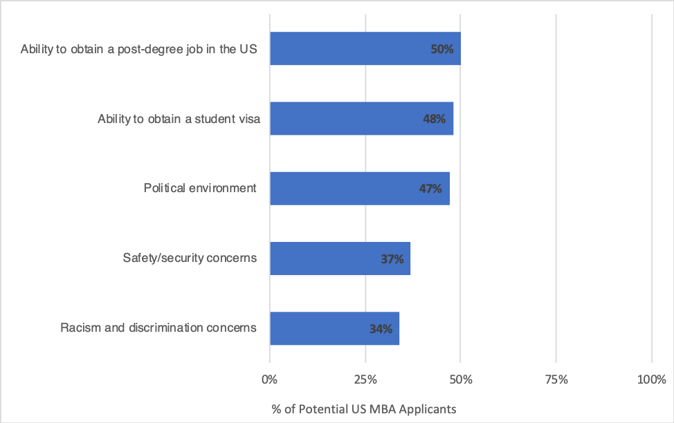 The top area of concern for international MBA applicants who previously considered the US but did not apply was “Ability to obtain a post-degree job in the US” with 50% of potential applicants responding that this was a factor in their decision to apply elsewhere.

Typically, lower demand for an MBA is expected during economic expansion. With the job market providing opportunities for career growth, additional degrees are less desired.

Word to the wise: This is where a tailored marketing plan comes into play, reaching those workers who would consider reentering academia to improve their careers. There are still plenty of candidates who feel the need for an MBA as part of their trek to the C suite.

Obviously, the internet is not its own nation, but this is where US programs shone. A strong economy and the political climate did nothing to quell online MBA programs, which outgrew all other types of MBA programs this past year. Most online MBA programs grew or maintained their application volume, and for those that did experience a decline, it was only slight.

Don’t worry, though, brick and mortar institutions. Online programs are not completely taking over the MBA scene. Not yet, that is. Only 10% of applicants say they would prefer an online degree.

Though the volume of international students who apply to Canadian business schools is smaller. Exactly half of programs saw international applications grow, with an average growth of 8.6%. Over half of their applicants were international, and most schools grew or maintained their class sizes. 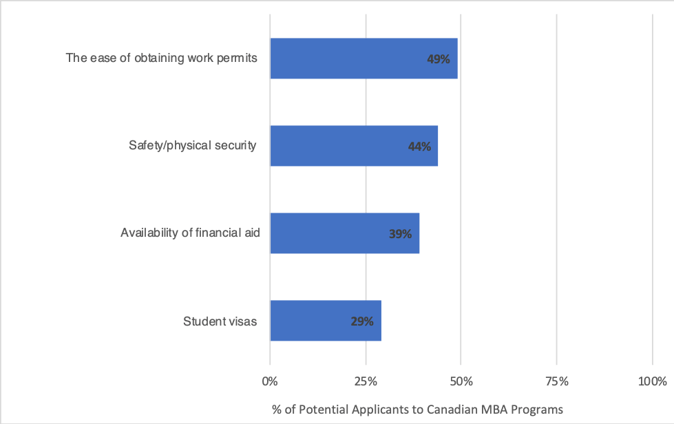 While foreign visa concerns plague potential students to the US, the study reports, “UK programs have yet to see significant negative impacts to their international applications as a result of Brexit.”

For 3 out of 4 British MBA programs, their international application volume grew or maintained, and 26% saw a major rise in international volume. That’s significant, as 95% of their applicants are international.

Almost 60% of European programs saw increases, though international applications were up only 0.9%. Still, these students accounted for 79% of all European applications, with 59% of them from outside Europe.

Where Are International Students Seeking MBAs Coming From?

With a total growth of 5.2%, 2 out of 3 schools reported growth or stability, and 62% reported growth in class size. More students chose to stay in-country or in-region, as domestic students accounted for 90% of applicants.

Why stay in the Asia-Pacific?

These changes in student mobility are boosting programs in Canada, the UK, Europe, and Asia, but they are damaging US programs, with the small exception of those online.

Universities must find a way to market around the economic and political climate in the US. Just ten years ago, US institutions had international students enrolling with little or no recruiting effort. These institutions are not used to the idea of investing in marketing to achieve enrollment targets.

Competition is nothing new to your business professors, though. They teach it every semester. It is the administrators who are adjusting to this new reality. It’s not actually that hard to do. Though it does require resources.

Be in touch when you are ready. We will be here to develop a plan and execute it in ways that will make you, and your business professors, proud.