WeChat 101: Maximize Your SNS In China and Beyond [Part I]

In our ongoing effort to share the latest in social media marketing we begin this two part series on WeChat. We are eager to share this exciting Chinese social media platform that is quickly becoming popular throughout the world. And yes, you can create posts in Chinese and English.

What is WeChat and How Does It Work? 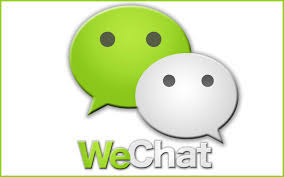 WeChat, which literally means micro message in Chinese, is a mobile text and voice messaging communication service developed by Tencent in China. WeChat was first released in January 2011. In August 2014, Tencent announced its 2014 Second Quarter Results in which it reported WeChat now has a total of 438 million monthly active users (http://www.chinainternetwatch.com/8229/tencent-q2-2014/)

One year ago, Sina Weibo seemed to be the most popular social network service in China measured by number of users and activity. But in January 2014, WeChat took over from Sina Weibo as the primary social networking service (SNS) in China when WeChat reached a total of 600 million users, compared with Sina Weibo, which has 556 million. Besides, WeChat has a much larger number of monthly active users. At that time, WeChat has 355 million and Sina Weibo has 129 million (Wikipedia). 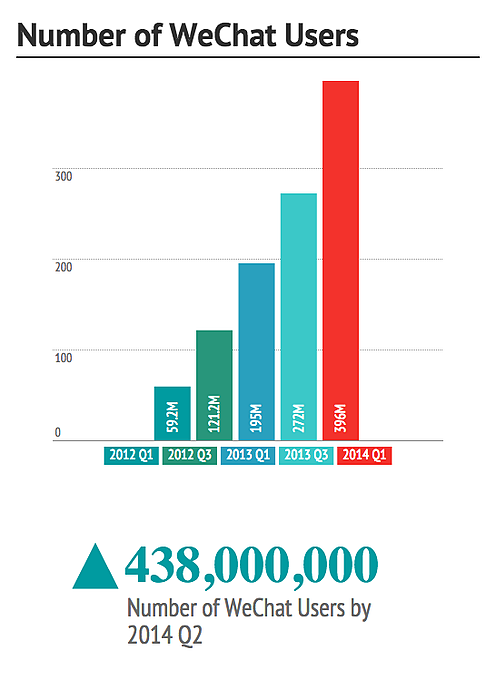 The Main Features of WeChat

Other than sending text messages, WeChat allows users to send quick voice messages. This is especially useful considering that typing Chinese characters can be cumbersome. But remember, WeChat can only send a 60 second voice message. If you prefer to talk longer, you can start a live talk, which is another feature of WeChat. This feature turns your cellphone into a walkie-talkie.

WeChat can allow users to add 40 members at maximum in a group chat session allowing the transmission of both text and voice messages. Messages sent will be visible to all group members. Once being invited to a chat group, you can also add someone else into this group. This feature demonstrates the power of networks and helps reunite countless long lost friends and old classmates.

Shake, Drift Bottle and Look Around

These are three separate functions of WeChat but all of them provide users the opportunity to explore and approach strangers nearby or across the Pacific Ocean. “Shake” allows users to shake their cellphone and see who is also shaking at the same moment around the world. “Drift Bottle” is a simulation of the traditional drift bottle process, in which users can write or voice any message, seal it in a bottle and throw it into the sea. Someone from anywhere in the world can pick it up and respond to you. These functions are all anonymous. “Look Around” provides a similar feature to Shake, but it only allows users to see people nearby.

While text and voice message is common across a few of the instant message platforms, Official Account is a unique feature of WeChat, through which leading brands or individuals are able to connect and engage with their subscribers. Unlike Sina Weibo, which limits the posts to 140 characters, WeChat’s Official Account is able to provide much richer content to its subscribers. This blog will talk about this feature and how it can be used to promote the university brand.

The large base of WeChat users offers a valuable opportunity for marketers. Official Account provides marketers a way to take advantage of this opportunity. WeChat offers two types of Official Accounts, Subscription and Service accounts, though it is still in the process of refining and distinguishing these two types. For both types, account holders can apply for verification once they’ve reached over 500 followers, and verified official account has access to more customizable Application Programming Interfaces (APIs). Account holders can post content with a basic content management system (CMS) and those who subscribe to the account will receive an alert. Subscribers are also able to share the post on their Moment with their friends so that more and more people can view it.

This official account feature has several advantages over other commonly used SNS in China. Other than Sina Weibo, in which users receive hundreds of irrelevant newsf eeds and are not able to pay close attention to each newsfeed, WeChat has push notification delivered directly to the subscriber’s mobile phone. Therefore, your subscribers will not miss any interesting content you post. Also, this official account provides a great way to collect feedback from your subscribers. You can engage with them on a one-to-one basis.

The total number of WeChat official accounts reached 5.8 million, growing at a daily average 15,000 accounts. This platform has become a new broadcast channel to push content and increase brand awareness in China. The only important thing is to generate interest in your account, encourage subscriptions and update your posts regularly.

Why Should a University Use WeChat?

Typically American universities need to spend substantial portions of their budgets to operate an international admission office, train recruiters, pay overseas agents and run marketing campaigns. The introduction of WeChat and its official account feature now enables American universities a great opportunity to target and interact with potential Chinese (or overseas) students without spending thousands of dollars. WeChat charges no fee for opening an official account. Every American university can run a marketing campaign as long as they have the right content and target the right audience.

Data shows that 74% of WeChat users are between 20 to 30 years old, the targeted age group of most undergraduate and graduate students. 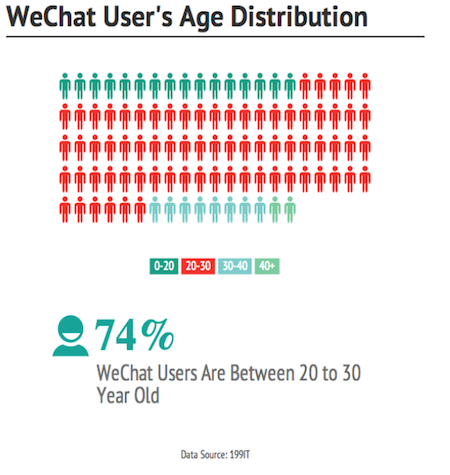 According to the China Education Expo, 51% of Chinese students who are seeking study abroad experiences are college students (http://www.eol.cn/html/lx/baogao2013/page1.shtml). This graph shows that 64.5% percent of WeChat users are college students. With the help of a WeChat official account, American universities can precisely target this group of users. 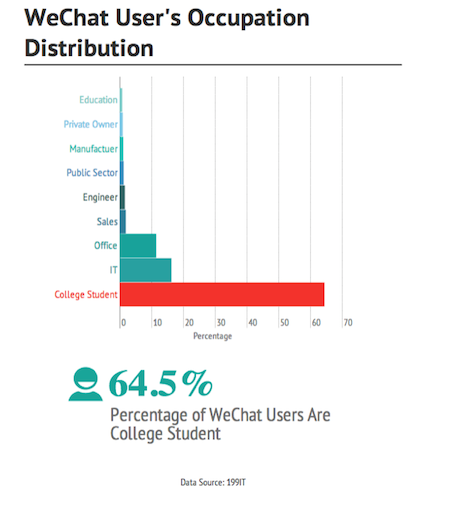 In Part II of this series we'll share ways to use WeChat for recruitment and how some institutions are currently using WeChat for international student engagement.