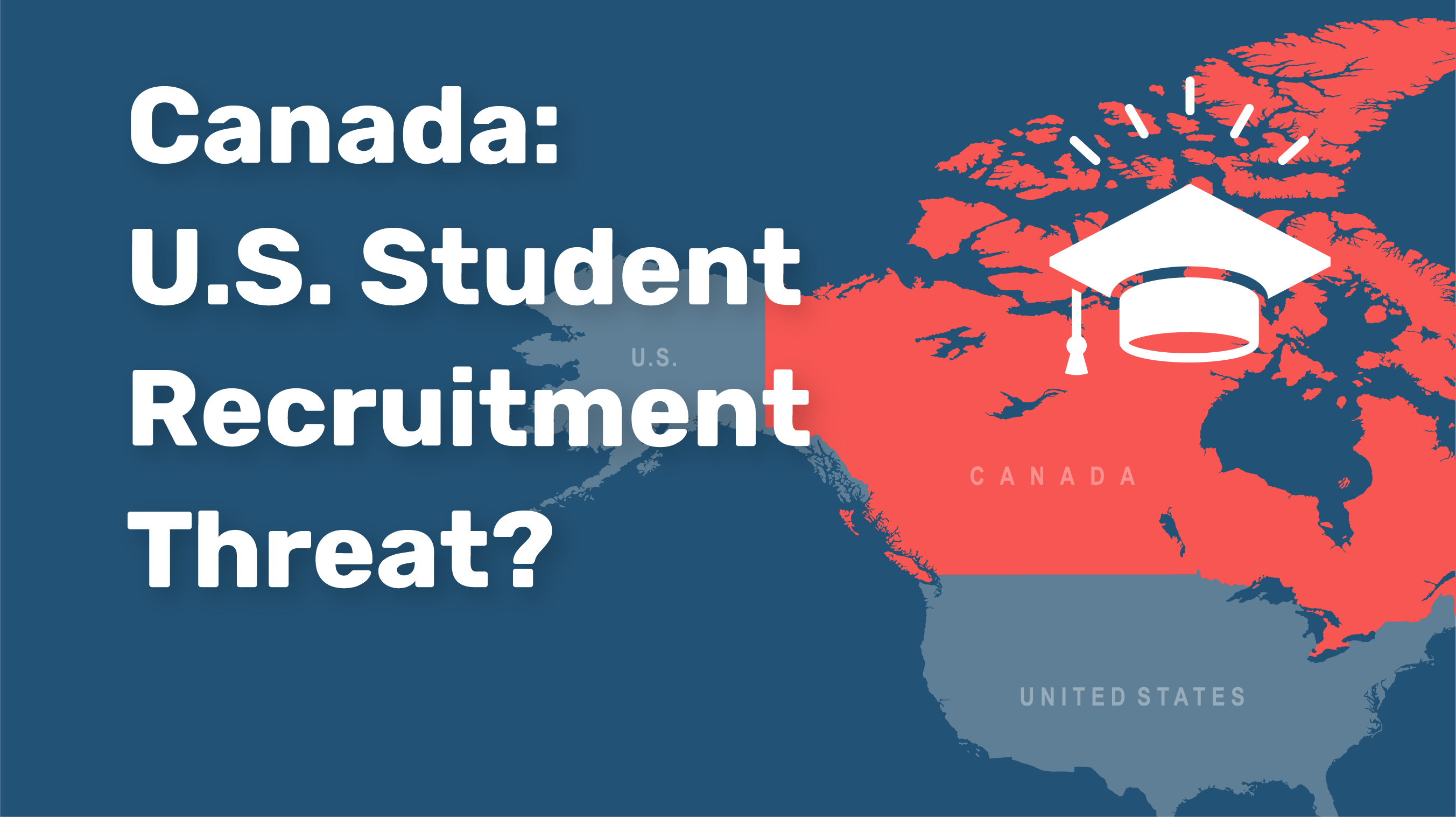 Canada is after your students!

Canadian universities are seeing a spike in international student enrollments, fueled by a political climate that has some students spooked about studying in the U.S.   According to Inside Higher Ed, international enrollments rose 10.7% for Canadian institutions from 2016-2017, a period during which the U.S. saw a 7% decline.

But for American universities, the threat is actually two-fold. Some of Canada’s international students are America’s domestic students—so that means that your Canadian competitors may be siphoning both your domestic and international enrollments. Not looking so polite now, huh?

Read on to get the recruiting perspective you need.

You can find the Inside Higher Ed story here. In the Hindustan Times story (here), you’ll see that the number of Indian students choosing Canada rose by 63% between 2015 and 2016. 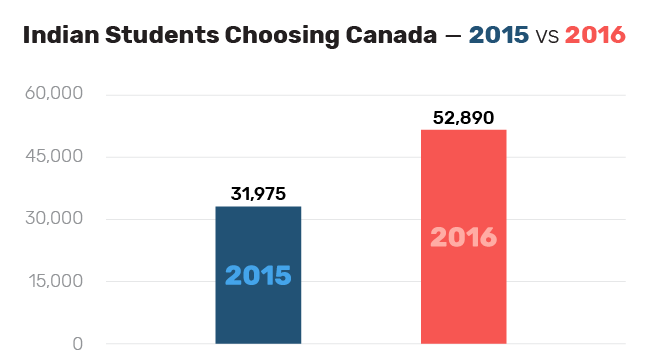 In Sept. 2017, the Boston Globe spoke with a rep from the University of Toronto, who reported that their U.S. applications had increased by 75% in the past year. Two of the reasons? Money and politics.

Universities in Canada are, on the whole, much less expensive than their American counterparts—a year at Montreal’s prestigious McGill University costs American enrollees only about $15k a year. Many American institutions come with quadruple the price tag. Between the cheaper cost and welcoming political climate, Canada is appealing to some young Americans.

Canadian competition is probably not going to make or break your domestic or international enrollment numbers.  Even now, Canada hosts only about 6,000 American college students per year and American institutions continue to enroll about five times as many international students as Canada does. But the trend is a reminder that the U.S. cannot rest on its laurels.

How do American institutions defend their enrollment numbers in an increasingly competitive global environment?

Don’t let your competition outshine you.

If it’s never even occurred to you that Canadian institutions may be part of your competitive landscape, it should make you wonder: what else are you overlooking?

Your competition is broader than you think. Your prospective students have so many options: other American institutions; online programs; schools in Canada and anywhere else in the world that may hold an appeal.

You can’t change the U.S. political climate (at least not this week), and you probably can’t change your tuition costs (that might take even longer). But what you can change is the way that you are presenting your institution to prospective students. If the competition is fierce, you have to be your best.

Your messaging must be compelling. Your online presence must be consistent, welcoming, and culturally attuned (check out our Know Your Neighborhood report for country-specific pointers).  You can’t assume that what you’re doing now is “good enough.”

Most of all, you’ve got to keep your ear to the ground. Your institutional reps—including admissions officers, agents, students, and alumni—all need to help you spot small problems (a slowly eroding brand, a growing competitor, a weakening alumni network) before those problems snowball into a significant threat to your enrollment numbers.

If you need to, bring in the support team. Our experts at Intead are always happy to help you assess what you’re doing well and where there is room to grow. A digital audit is often a smart first step.  If you need backup, we’re here to save your Canadian bacon.