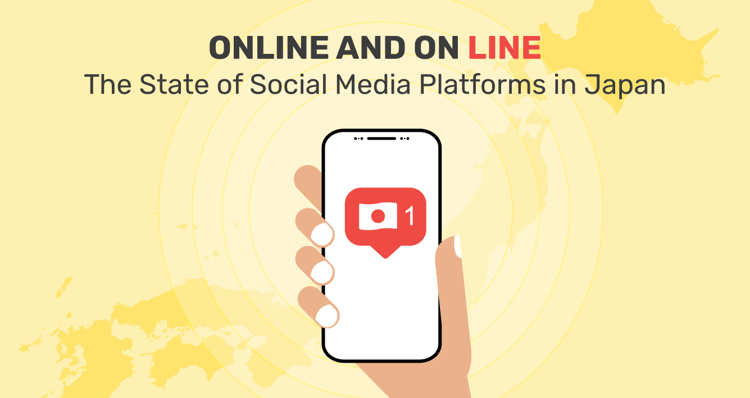 There are a lot of things at Intead that excite us: new developments in EdTech, tracking the latest student mobility trends, watching our marketing predictions come to fruition, or better yet, watching our digital campaigns for our clients convert leads into enrolled students … And, one of our absolute favorite things is hearing from you, our blog readers.

Back in 2014, we wrote a piece about Japanese social media platforms to help with your international student recruitment. Remember 2014? (sigh).  Well, recently a reader, who is a digital marketing specialist in Japan, got in touch with us about updated insights that may change how you target potential Japanese students.

Why does it matter? According to Open Doors data, Japan was the eighth leading sender of international students to the U.S. with over 18,100 students in the 2018/2019 school year. Despite a 3.5% drop from 2017/2018 year figures, the country’s appetite for study abroad experiences overall remained steady, especially for short and long-term English language studies.

The Japanese Association of Overseas Studies attributed this increased interest in language studies to the growing English proficiency requirements of Japanese companies looking to expand globally.

With appetites for English language studies on the rise, there's no time like the present to re-evaluate your Japan recruitment plans.

Read on to find out what is new in the Land of the Rising Sun and where you should be focusing your enrollment marketing efforts. Hmmm, do you think it might be digital/social?

First, we owe a hearty doumo arigatou to Cuni Shimizu (@CuniShimizu), founder of EDAMAME Japan Digital Marketing, for pointing us toward new Japanese social media platform data. Adding to the list of our absolute faves above—data definitely excites us. (You already knew this about us.)

Let’s look at where platforms in Japan stood in our 2014 piece (percentages derived from ICT Research Institute’s 2014 survey of 4,193 respondents):

Whose LINE is it Anyway?

You’re well familiarized with Twitter and Facebook, but if LINE is new to you, here’s a quick rundown.

LINE was started in 2011 by NHN Japan, the Japanese arm of South Korea’s Naver Corporation, as an Internet-based resource to communicate after the Great East Japan Earthquake, which damaged telecommunication infrastructures nationwide. You likely remember the Fukushima nuclear disaster.

Similar to WhatsApp and WeChat, LINE used to be simply an instant messaging application, but now it also offers peer-to-peer online payments, in-person payments (like Apple Pay), taxi and food ordering, and music (like Spotify).

The 2020 winner's circle of social networking services (SNS) in Japan looks like this:

Instagram, which wasn’t even included in the 2014 survey, has moved into third place with 33 million MAU. The Gen-Z favorite, TikTok has also appeared on the scene with 9.5 million MAU. Need perspective on TikTok? Here’s what we had to say on that craze.

Mixi, which ranked as the fourth-place social media network among users surveyed in 2014, is now dead as a platform (as we predicted). RIP, Mixi.

LINE, which is used by over 64% of the Japanese population has a wide age range of users and a relatively balanced gender composition. On the other hand, Instagram users are 57% female, with over 70% of daily active accounts using the Instagram Stories feature.

Based on comparative data over recent years, Cuni predicts that “in a couple of years from now, LINE and Twitter [will] still be the dominant social media, while Facebook is falling, and Instagram and TikTok might be the new emerging social media in Japan.” We tend to agree with her. And with our efforts to reach the younger crowd for academic offerings, this is important to consider.

Social media demographics are ever-changing, and as a marketer, it is important to know the best channels to reach your target audience. We stay on top of the trends so that you can too.

And, as always, if you have insights and updates to any of our blog posts, we'd love to hear from you. Tip of the hat to Cuni for reaching out and sharing perspective!